Pierce Brothers have taken their music from busking on the streets of Melbourne to the world. Their irresistible energy and world-class live show has generated a word of mouth buzz not seen for some time. Comprising of twin brothers Jack and Pat Pierce, the multi-instrumentalists have been shaking dance floors and selling out rooms across UK, Europe, Canada, USA & their native Australia. Latest EP ‘The Records Were Ours’ came in at #9 on the ARIA chart after topping the iTunes charts across the globe. To celebrate the brothers are embarking on a mega World tour across Europe/UK, Australia/NZ and a lap of North America supporting Tash Sultana. Pierce Brothers will hit The Grand Mornington on 14 September. Tickets from grand.net.au or...

The video for “Never Seen This Before” showcases the high-octane, energy filled presence that The Delta Riggs bring, and previews the carnival atmosphere they’ll bring when they hit the road in September for a huge run of dates across the country. Joining The Riggs on tour will be Gideon Bensen, whose recently released debut EP “Cold, Cold Heart” draws a squiggly line from Loud Reed to Talking Heads, and never runs out of ink. Active Galactic, produced by the band and Jason Hollis, will be The Riggs’ third studio LP. Recorded in just nine days at The Grove Studios north of Sydney, the LP Features 12 cuts that run the gamut of musical genres from the Rolling Stones inspired “Surgery of Love”, the high-powered N*E*R*D infused “Baddest Mother F*cker in the Beehive”, and the disco rock of “Never Seen This Before”. The Active Galactic Tour, presented by Triple J, will hit The Grand Hotel in Mornington on 7 October. Book online at... 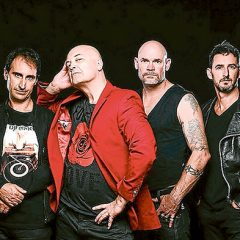 Chocolate Starfish with Swanee & Palace of the King hit The Heights

Chocolate Starfish, one of Australia’s most successful bands of the 1990s is back and sharing the stage with iconic rock singer Swanee & the hottest young rock band in the country Place of the King. Chocolate Starfish released two albums in the 90’s both smashing into the ARIA Top 10 and received gold and platinum sales awards. The band was also responsible for six Top 50 singles including the smash hits “You’re so vain” and... 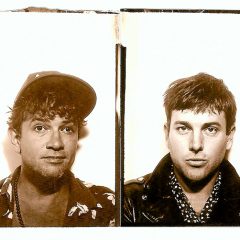 Two of Australia’s great singers, songwriters and dreamers are teaming up for a double headline tour that is heading to Mornington. Neither artist is a stranger to the road, having both toured relentlessly with their respective bands over the years, however, this is the first time they will be both touring solo together. The shows will feature tracks both old and new, plenty of the stories they are known for, and perhaps a few... 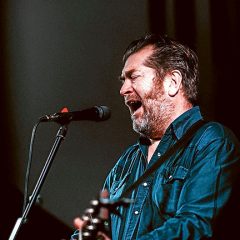 “Mick Thomas has some secret magic to his writing… he surely can write great songs that make you say “Why didn’t I think of that?” but of course we never do. He writes about mates, ratbags, races, places, weddings, parties, funny stuff – anything – but they are really good stories and great songs. Mick is truly a legend around the best of fair-dinkum roots venues and festivals around the country. He is a character! He is funny! He... 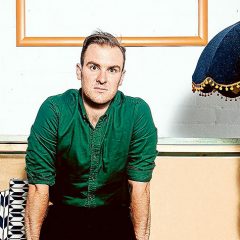 By LACHLAN BRYAN Perth’s Davey Craddock follows in the great tradition of Australian songwriters for whom tiny details form the nucleus of powerful songs. Don’t know what I’m talking about? Think of Paul Kelly’s How to Make Gravy, Cold Chisel’s Khe Sanh or pretty much anything from Tim Rogers’ or Perry Keys’ catalogue. Clean cut, articulate and friendly, Craddock subverts the notion of the brooding songwriter, yet manages to compose... 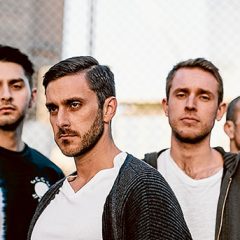 Melbourne indie electro-pop act The Hiding have today announced their new single, Karma My Life, along with an artistic, emotive video clip and several show dates kicking off in Bendigo at the Rifle Brigade Hotel on 29th April, moving through to Mynt Lounge (Werribee) on 6th May and finishing up at Revolver (Melbourne) on the 21st May. The band’s folk-inspired percussive guitar sound takes influence from the many acoustic performances... 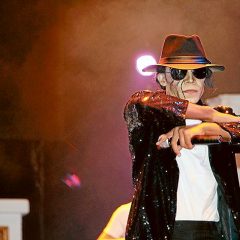 By BILLY DIXON After many years on the road with American Kenny Wizz as the venerable star, Showtime Australia’s Michael Jackson HIStory Show is on the verge of re-launching down under. To mark the King of Pop’s return from the dead, MINT interviewed the tribute show’s new star, a South African by the name of Dantanio. For someone walking in the shoes of perhaps the world’s greatest celebrity, he’s a modest chap with a clear...