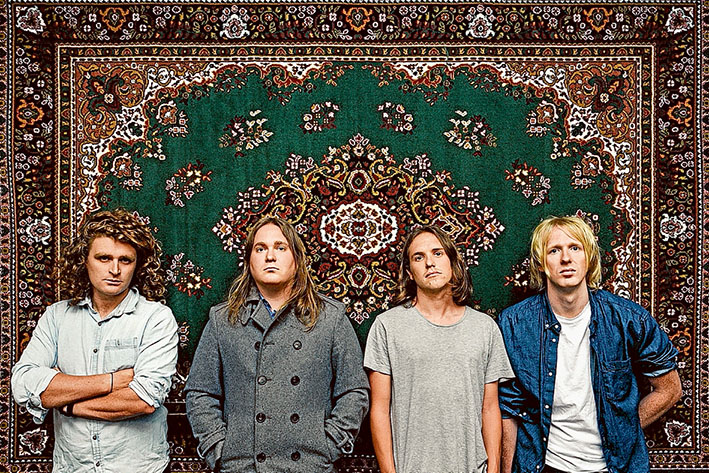 Riding high on the success of their fifth album Nothing Touches Me, British India will embark on a national tour to close out their year, which also includes a trip to America for shows in New York and LA.

It has been an outstanding year for the local indie rockers. Their fifth studio album Nothing Touches Me debuted at number 5 on the ARIA Albums Chart and saw the band complete their most successful national tour to date, with a string of 18 sold out shows.

The four school friends emerged from Melbourne’s independent scene in 2007 with their critically acclaimed debut album Guillotine. They won the AIR Award that year and followed up the release with two Top 10 albums – Thieves in 2008 and Avalanche in 2010. The band signed to Liberation Music, releasing their fourth album Controller (their third consecutive ARIA Top 10 debut) in 2013, which also scored them their first ever gold record for the song I Can Make You Love Me.

British India were handpicked to play with both The Rolling Stones on their recent 14 On Fire Tour, and as replacement for The Black Keys at this year’s Bluesfest in Byron Bay.

Nothing Touches Me yielded the singles Wrong Direction and Suddenly.Wrong Direction awarded the band their seventh ever entry into triple j’s Hottest 100 countdown this year.

British India will embark on another huge, 20-date tour from Friday 18 September, which includes two weeks of touring in the US.

Your next chance to see British India locally will be Tuesday 29 December at The Grand Hotel, Mornington.