To name a Foo 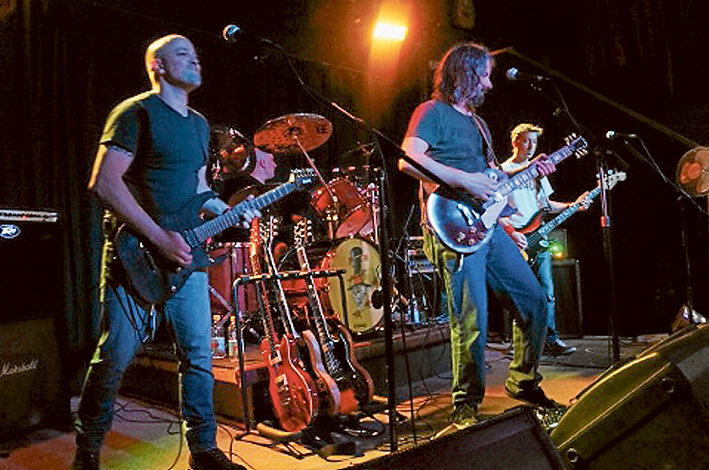 Hot on the heels of the ‘Foo Fighters’ new album Sonic Highways last November, Melbourne tribute band Fighting Foo show their appreciation for the US rock band at the Somerville Hotel on Friday 20 February.

With decades of live gigging behind them, Ken Galea has teamed up with Dan Cass ,Warren Vassallo and singer/guitarist Nick Fletcher to form Fighting Foo aiming to deliver all the Foo’s greatest hits. The guys pack a mighty rock ‘n’ roll punch as they blast hit after hit in a great live show that presents material from all over the Foo Fighters catalogue.

Fighting Foo play just eight days before their heroes rock out Melbourne at the Etihad Stadium and will no doubt have this in mind as they perform a masterful tribute to the audience. So if you can’t get a ticket to see the real thing, hear all your favourite Foeys’ songs played live a week earlier. Or even if you are lucky enough to have a ticket then warm yourself up for the main event with a bit of Best Of You or Monkey Wrench.

Either way, this will be an unmissable event, almost as popular as the real thing. Let’s make the Somerville Hotel, 84 Station Street, Somerville, feel like the Etihad Stadium on Friday 20 February.