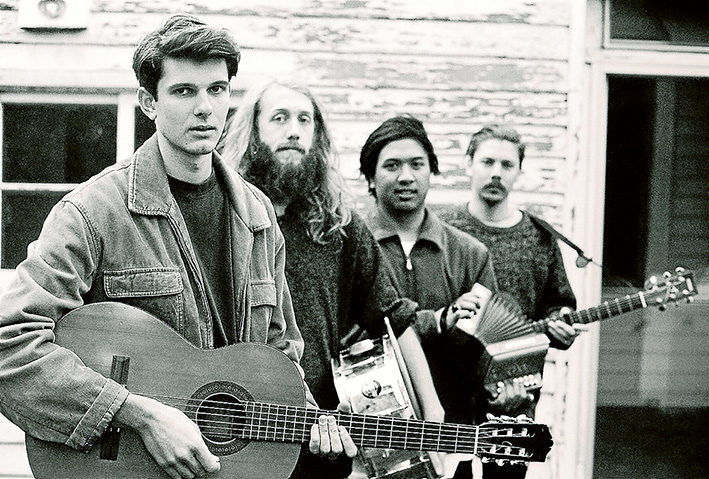 “We actually hadn’t played a gig until after we’d recorded,” says frontman and co-songwriter Caleb Karvountzis, who first put the band together as a vehicle for recording his ‘journal-like’ ideas.

“I met Sean (Mullins, co-writer) around three years ago through a mutual friend,” explains Karyountzis, “and we started sharing demos. We found we were giving each other good ideas so we decided to work together”

“We bounced ideas off each other for about a year and a half,” he continues, “and then Al (Yamin) and Clancy (Bond) joined as a rhythm section”.

The subject matter and lyrical style of Tiny Little Houses’ songs set them apart from a lot of new bands.

“I read a lot of poetry,” he explains, “and I find inspiration in the Bible cos I’m fairly religious – I enjoy the poetic nature of that stuff, the metaphor and the imagery”.

“People are surprised to hear that religion is an influence, but we certainly wouldn’t classify ourselves as a Christian band. I would say though that there are moral questions in our music – questions about where we are”.

You Tore My Heart Out, the new EP from Tiny Little Houses, is released on Friday 25 September.