Get ready for THE BOOTLEG BEATLES

Home » Local Events » Get ready for THE BOOTLEG BEATLES 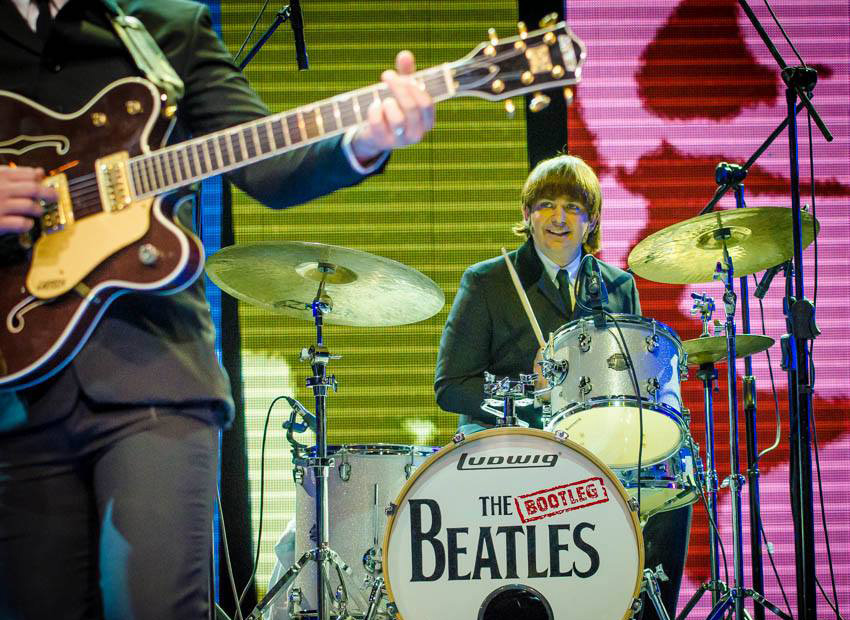 Direct from London, THE BOOTLEG BEATLES, the world’s first and finest homage to the Fab Four will be performing at the Frankston Arts Centre on Sunday September 4. Now in their 36th year, THE BOOTLEG BEATLES have performed over 5,000 shows worldwide. Their stunning authenticity coupled with their musical credibility has seen them perform at some of the world’s best-known venues such as Wembley Stadium, the Royal Albert Hall, Knebworth, Glastonbury Festival and the Budokan Stadium in Tokyo, where The Beatles originally played. They also performed on “The Graham Norton Show” in London. The legendary English Record Producer/Arranger/Composer Sir George Martin, sometimes referred to as “the fifth Beatle”, said: “I enjoyed their act enormously”.

Formed for the West End cast of the long-running Broadway musical “Beatlemania”, THE BOOTLEG BEATLES are truly the world’s No.1 tribute band have shared the Concert with the likes of Rod Stewart, Elton John, David Bowie, Iggy Pop, Seal, Simple Minds, Bon Jovi and they performed at Queen Elizabeth II’s Golden Jubilee celebration at Buckingham Palace. Noel and Liam Gallagher of Oasis asked them to be the support act for their record-breaking 1995 Earl’s Court Concerts, culminating with both bands sharing the stage for “I Am The Walrus”.

THE BOOTLEG BEATLES re-create with precision the hits and image with costumes reflecting The Beatles’ evolution, as well as from note to note using original instruments and with uncannily accurate vocals. Against a stunning video backdrop, they will be accompanied by a 9-piece orchestra, enabling them to faithfully re-create many of the songs The Beatles never played live on stage, such as “Eleanor Rigby”, “Penny Lane” and “All You Need Is Love”.

THE BOOTLEG BEATLES are truly one of Britain’s most popular bands, with fans of all ages across the globe greeting their note-perfect performance with scenese of Beatle-like hysteria. The concert will feature renditions of the greatest songs from the entire Beatles catalogue. They faithfully re-create many of the hits the Beatles never performed live.

All Beatles fanatics since childhood, THE BOOTLEG BEATLES consist of: