SUPERHEIST get set to ‘Raise Hell’ 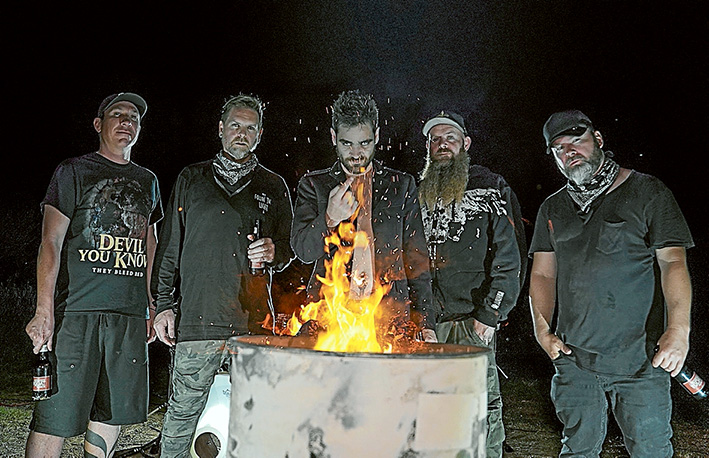 After a 13 year hiatus ARIA nominated, Australian metal outfit SUPERHEIST are back and one thing is for sure, they are here to RAISE HELL.

The band who have achieved gold record status and previously toured with rap god EMINEM are coming in hot. Superheist have delivered a heavy hitting and uncompromising AAA Side in a brazen display of what is arguably the band’s best work to date.

Kicking off with ‘Raise Hell’ a hectic four minutes of in your face, thought provoking nu metal. Followed by ‘Got The Bounce’ an explosive mix of Wu Tang meets Messhuga perfectly walking the line of Hip Hop and Metal.  Last but very not least ‘Fully Loaded’, a punchy and to the point track showcasing Ox’s versatile and powerful vocals.

In it’s history Superheist has seen a slew of famous faces, but the current line up is your ultimate rock n roll fantasy league. Enter Ezekiel Ox of Full Scale and Mammal fame, John Sankey of The Devil You Know and Devolevd complimented by returning bassist Si Durrant In:Extremis and Acid Wolf Keir Gotcher Insolence and Snot on second guitar and of course Superheist stalwart and founding member DW Norton.

Superheist will be playing at The Grand Hotel, Mornington, on Friday 23 June.