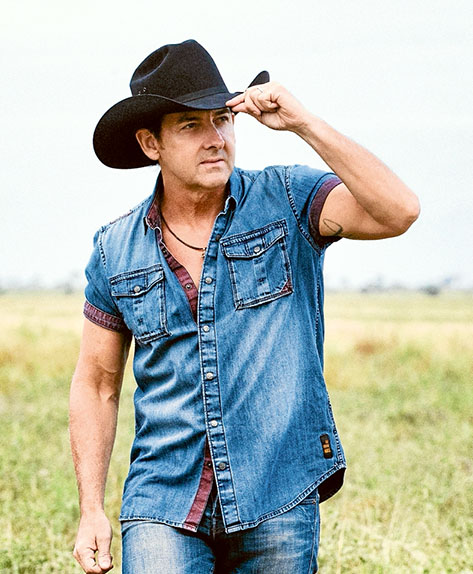 Lee Kernaghan is one of the undisputable all-time greats of Australian country.  2017 marks the 25th anniversary of the launch of Lee’s amazing career and the release of his first chart-busting hit, Boys From The Bush. The iconic song was the first of many number one singles from the classic album The Outback Club, which went on to achieve double platinum certification, win a swag of awards and redefine contemporary Australian country music along the way.

Since the release of his mega hit Boys From The Bush, Lee has notched up 34 number one hits on the Australian country music charts, won a staggering 36 Golden Guitars and has sold over two million albums in the local market.

In March Lee was inducted into the CMC Hall Of Fame and also released a new album called The 25th Anniversary Album which features gust appearances from some of Australia’s great country artists including John Williamson, Troy Cassar-Daley, Kasey Chambers and The McClymonts to name a few. On the same week as the album release he performed at CMC Rocks QLD to a sold out 20,000 strong audience and deleivered a blistering show that set the bar very high for the American supergroup Dixie Chicks to follow.

Lee Kernaghan’s Boys From The Bush 25th Anniversary Tour is guaranteed to be one of the most sought after tickets of 2017.  The concert will cover 25 years of smash hits and will also feature songs from Lee’s new 25th Anniversary Album. Fans are encouraged to book tickets early to secure their place to celebrate this amazing career milestone of 25 years with Lee at what will be a very special musical event.