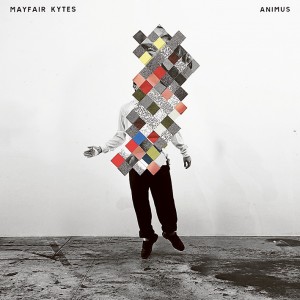 Melbourne four-piece, Mayfair Kytes have today announced the release of their debut album, Animus, alongside quirky and musically dazzling single, Sleepyhead. The folk-art-pop band will hit the road to celebrate the release with album launch shows at The Workers Club in Melbourne on 8th April and The Vanguard in Sydney on the 28th.

Layered with exquisite vocal harmonies and opulent string scores by Willow Stahlut, the single is perfectly textured by bold, discordant guitars accentuating the song’s inimitable musical brilliance. “Sleepyhead is a meditation on two themes, one being the creative process versus the logical world and how choosing your own destiny can lead you down a long road of self-discovery that might clash with more pragmatic streams of life,” lead vocalist and songwriter Matt Kelly explains, “and secondly, it is about dealing with the depression that often comes with such a way of being.”

Storyboarded, hand-animated, filmed and directed by Melbourne artist, Thomas Russell (Hiatus Kaiyote, Chet Faker, Flyying Colours), the fittingly-artistic video for Sleepyhead follows contemporary dancer Geoffrey H. Watson as he saunters his way around an empty white room, tearing off layers of bulky clothing in an act of defiance, musing as his heavy steps become joyful skips with each layer shed. “The film-clip is about coming out of a dark place, shedding the things that hold you back, not being constrained by male stereo types… shedding the past,” says Kelly.

Recorded in just over a year with close pal, Nick Herrera between his notable home studio and a converted chapel in Melbourne’s inner-north, the album features performances from string players from the Melbourne Symphony Orchestra, as well as extra synths and production added by Hiatus Kaiyote’s Simon Mavin and Paul Bender. “We employed Nick for his highly creative streak, his love and respect of tonality and the way he works hard to achieve sounds,” enthuses Kelly, “We used the chapel to record all the string scores as it had a long reverb and delay so we could use the authentic room sounds in the recordings, no extra effects needed.”

As you can imagine, fans should expect a very distinctive live set, showcasing interesting and different vocals and harmonies, otherworldly guitar sounds, captivating ambience and explosive-to-the-point-of-post-rock climaxes, as well as a dense layer of modular synths.