Home » Music » DANTANIO – a tribute to the King of Pop 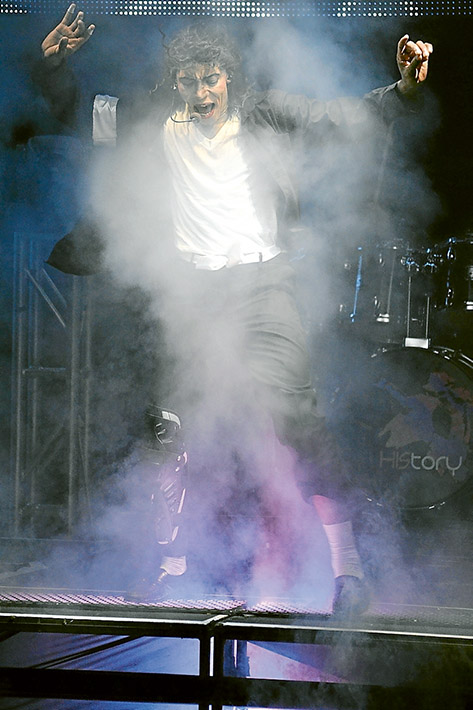 After many years on the road with American Kenny Wizz as the venerable star, Showtime Australia’s Michael Jackson HIStory Show is on the verge of re-launching down under. To mark the King of Pop’s return from the dead, MINT interviewed the tribute show’s new star, a South African by the name of Dantanio.

For someone walking in the shoes of perhaps the world’s greatest celebrity, he’s a modest chap with a clear appreciation of opportunity – an unexpected breath of fresh air in an entertainment industry that’s often aimed at the lowest common denominator.

MINT: I understand you’ve released quite a bit of your own musical work – what was it that drew you back to Michael Jackson’s art as opposed to continuing your solo journey?

DANTANIO: As a performer I always felt incomplete with my total expression of my abilities to perform as Michael Jackson. My family and friends always rooted for me to share the gift on a greater scale. So it’s fulfilling a calling.

MINT: Michael Jackson’s live performance was often about the spectacle, the dancing and entertainment as much as it was about the music – you’ve obviously got the vocal skills but do you ever lip-synch so you can focus purely on dancing?

DANTANIO: I do extensive physical practice to build my stamina and performance ability. I do my best to perform all my vocals live. I think it’s important not to cheat and to give yourself honestly to the audience.

MINT: In his heyday he was a global phenomenon – having travelled the world extensively, do you find any particular crowds or communities with a particularly strong affinity for Jackson’s (and thus your) work?

DANTANIO: Yes, I do. The attention to detail is important to me and I double check everything. Some fans are really passionate about the big stuff while others focus on the little details. It’s always interesting to learn from the fans.

MINT: American Kenny Wizz did the show for its first few years – how did you come to take over the role? Do you see yourself as having “big shoes to fill” or is it a different experience this time round?

DANTANIO: I was auditioned and scouted by Showtime’s director, Mr. Johnny van Grinsven. I think we all have uniqueness in us. I had to step into becoming the best Michael Jackson I can be. I can only say that I approached the show with my own emotional and philosophical content.

MINT: I read that your launch shows in South Africa were Thriller-themed – is there a particular aspect of Jackson’s work you’re focusing on this time around?

DANTANIO: Again, I double check everything. I draw a lot of inspiration from the early years but I always consider and view all areas as much as I can. It’s an encyclopaedia. Everything matters.

MINT: There are probably tens of thousands of MJ impersonators out there in the world – what was it that set you apart in the eyes of Showtime?

DANTANIO: I would have Showtime answer this one as it may seem boastful or over confident if I do. At a guess I would say character, humanity and most important – the very first answer I gave my director was “I’m here to learn and grow along with this spectacular team.”

MINT: Finally, are there any particular aspects of the show you want to draw attention to, or anything specific you’d like to mention for the article?

DANTANIO: I fight back the tears every night we do She’s Out of My Life. Teamwork is key for us as a musical family. What we do on stage is truly from our hearts. It humbles me to star in such a world production. I hope the fans remember the magic and wonder of Michael Jackson with every performance we give!

See Dantanio in the flesh 7 July at the Frankston Arts Centre – more than just quality reminiscence of the days when Jackson ruled the roost, he’ll have you believing the legend lives on.