Col Elliott performs at The Grand 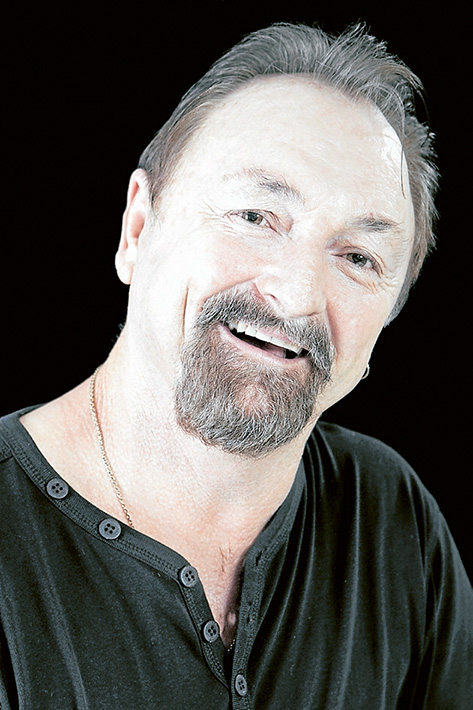 For four decades Aussie comedian Col Elliott has been making crowds across the country laugh and now brings his special brand of humour to the Mornington Peninsula with Col’s Final (Fair Dinkum) Farewell Tour.

As part of a generation of Australian standup comedians, along with Rodney Rude and Kevin “Bloody” Wilson, Elliott portrays  the larrikin image with plenty of fart gags and casual politically incorrect jokes with characters like the failed kamikaze pilot, a Pakistani Elvis impersonator, and an Italian ambassador named Guisseppe Lasagne.

The 67 year old funny man is performing at The Grand in Mornington on July 7 and says audiences should get ready for an adults only night of standup comedy, crazy characters, music and stories. With four generations of fans, thirteen gold and platinum albums and countless awards to his credit, Elliott is still packing them out with a sense of humour that is timeless.

“Nothing and nobody is sacred at my show and it’s certainly not politically correct,” says Elliott, whose comedy started back in the early 1970s when he was in the navy and made extra dollars in the bars of Singapore and Hong Kong doing standup routines. “I still write continually after all these years and have so much material with people like Pauline Hanson and Clive Palmer I just have to.”

Starting his career in comedy was a natural progression for Elliott who got out of the navy at 23 and won Kevin Dennis New Faces which immediately gave him loads of publicity.

“I had no money and needed new tyres for my car so decided to enter the show,” said Elliott, who joined the ranks of stars like John Farnham and Paul Hogan who also gained notoriety through the tv talent show. “I remember I did a gay skit which was very funny but I’m not sure would go down too well these days.”

When Elliott first started out there wasn’t a lot of comedians and his first tv show was on Sky Channel.

“It was played in all the pubs and really took off in the early 80’s, starting out with ‘Hey you bloody mug’. Comedians weren’t very prolific and before long there came Kevin ‘Bloody Wilson’,” he said.

With Col Elliott, you get Australian comedy at its best with a blend of the classics and new material.

“It’s a varied show with character comedy like Slugger Milligan, the ultimate misogynist, and my roadie, Chooka Dennis, characters that have their own following. There’s a bit of standup, some music and heaps of storytelling. It’s typically Australian.”

Elliott admits he’s gotten away with murder in this age of political correctness, and still does.

“It’s a different game now from 40 years ago. There are some boundaries you don’t push but still take the mickey out of people,” he said.

“I got a real buzz when I won a gold DVD and was presented with Carl Baron who said to me ‘you’re the reason I got into comedy. We used to listen to you all day when I was working and I decided that’s what I wanted to do.’ I thought that was a lovely thing for him to say,” said Elliott who has consistently and successfully maintained a comedy career for decades, and is looking forward to performing in Mornington next month.

“I used to live in Rosebud many years ago and still have sisters in Langwarrin so I’ve spent a bit of time on the peninsula. But I’ve never performed at The Grand so it should be a lot of fun. Expect to be surprised and a night of laughter but don’t come if you’re thin-skinned,” says Elliott with a laugh.