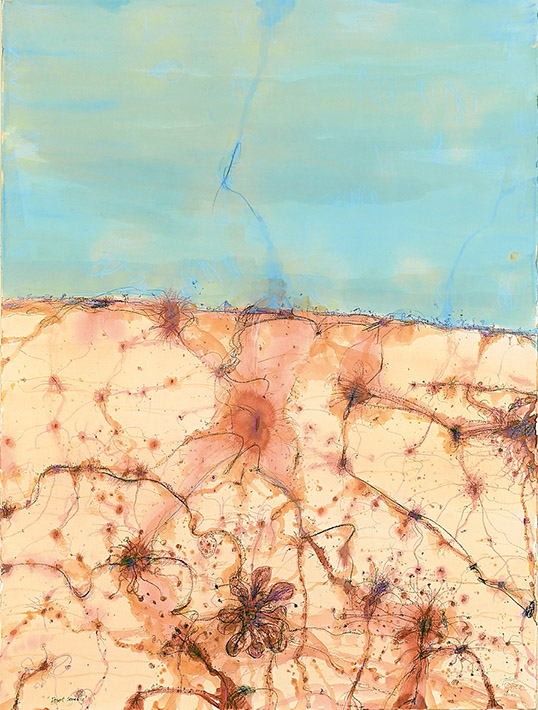 Mornington Peninsula Regional Gallery presents two interesting new exhibitions. Country and Western examines the national landscape from the perspective of both Indigenous and non-Indigenous artists. Eventide is a print exhibition centred on the time between day and night.

When the Papunya Tula dot and circle paintings came to prominence in the early 1970s, it was hailed as the greatest art movement of the 20th century. So radically different was their representation of the Australian landscape that it sent shockwaves through the art world. It influenced non-Indigenous Australian artists. Country and Western looks at the impact of this movement.  It also considers issues affecting the land and its inhabitants, such as, environmental changes, mining, land degradation, dispossession, identity and collaboration. The exhibition celebrates the natural beauty and majesty of the Australian continent. Featuring the work of thirty-nine artists, this show is certain to expand perceptions.

Eventide, that magic window between day and night is a time of transition and transformation. Thirty-one Australian printmakers explore this in the Eventide exhibition. The exacting nature of printmaking with the use of positive and negative space evocatively conjures images of this in-between time that so captivates the imagination.